The word ‘Ginseng’ is widely known today, but Korean genuine Ginseng has another pretty name called ‘Sim’. The name ‘Sim’ was used from old times, as it is even appeared in the medical book published in 1400s during the Chosun Dynasty.

Q. Where is the birthplace of Ginseng?

A. Of course Ginseng is from Korea!

The hometown of Ginseng is Korea, but Ginseng is first introduced by literatures in China. This is the reason why people think China as the origin or Ginseng. However, considering the climate or geological characteristics, Ginseng may only be grown in the Korean Peninsula and some region in Manchu. It is somewhat doubted that Chinese first discovered the Ginseng and used it as medicine. We can also notice from historical dramas how Chinese were greedy for our Ginseng. It is not logical to say that the Korean Peninsula is not the origin of the Ginseng.

Q. Is there different grades of Ginseng?

A. Grade and effect is different based on the origin.In Korea and Japan, Ginseng is the root of araliaceous Ginseng (Panax ginseng C.A. Meyer) with the thin root and cork layers removed. There are 10 or more types of plants in this kind globally. Among them, Goryeo Ginseng, called as Gin-insam, planted in Korea was popular for the best medicine. It was also considered as medicinal herb given by God, called as divine or sacred herb. Recently, ginseng with the scientific name of Panax quinquefolius L is started to be planted in China. This is western ginseng or tienchi seng. Ginseng harvested in Japan resembles the root of bamboo. It has totally different remedial effect with ‘Ginseng’, so be careful! 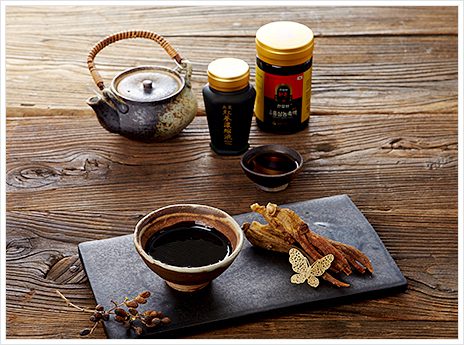 Q. Why is Korea Ginseng outstanding?
A. It’s because Korean Peninsula, where Korea ginseng is planted, is very old land. Korean Peninsula is geological one of the oldest land in the world, as there is almost no stratum of the Cenozoic era. The land has energy of billions of year that our earth has incubated for a long time. We have to wait at least 6 years to have ginseng with human-like morphology. Ginseng is influenced by many things, such as natural environment, cultivation techniques, and the soil, while growing in the field. Ginseng is really a fruition of every efforts of heaven, soil, and human. Growth rings for tree, leaves for ginseng. We may see 1 leaf in the first year, 2 leaves in the second year, and 3 leaves in the third year. When 5~6 leaves appear, it is finally considered as ‘Ginseng’. The human-like Korea ginseng has a lot of special ingredients, which cannot be found from those in other region.
Q. What is Ginsenoside?
A. It’s ‘Saponine’ ingredient inside of ginseng. Are you familiar with saponine? Saponine is found in many different food substances including green tea and beans. It is an ingredient receiving attention in various viewpoint, such as strengthening of immune system and prevention of obesity., for its remedial effect of decreasing body cholesterol and cleansing blood. As you expect, ginseng contains a lot of saponine. Saponin in ginseng is specially called ‘ginseng saponine’, or ‘ginsenoside’. Ginsenoside can boost brain function and strengthen immune system while preventing adult diseases such as diabetes, cancer, liver disease and heart disease. However, not all ginseng has the same type of ginsenoid! In fact, Korea Ginseng has 33 different types of saponine, having vaious remedial effects compared to other types of ginseng including Western Seng. Please refer to below for more detail.
Red Ginseng, more than Ginseng
In old days when transportation means are not developed, it was difficult to store ‘Korea Ginseng’ more than a week after harvesting from the soil. Therefore, people started to make dried ginseng with red color by cleaning, steaming and drying process. This was called ‘Red Ginseng’ for its wrinkle and red figure. The red ginseng contains 38 types of ginsenoside, more than twice in amount compared to general ginseng (containing 19 types). This is because dormant ingredients of ginseng is activated in the process of steaming and drying. Also, red ginseng has much higher absorption rate compared to common ginseng. Red ginseng can be graded based on its shape and density. Cheon-sam, Ji-sam, and Yang-sam has its original shape, and Jeol-sam is cut and processed one. The collection of rootlets is called Mi-sam. Cheon-sam is very rare, produced only 1~2% of all red ginseng types, with a lot of active components.
Misunderstanding about the Root Expression of Red Ginseng
The most frequently asked questions are ‘root expression form’. For example, some customers ask why there are only 14 roots when they purchased 20-Ji, 300g red ginseng. Or some of them asks why there are 14 roots when they purchase 10-Ji red ginseng. But this is not our mistake, but due to the ‘rule’ to express the size of red ginseng as ‘Ji’. The size of ginseng can be defined as 10-Ji, 15-Ji, 20-Ji, 30-Ji, 40-Ji, 50-Ji, 60-Ji, or 70-Ji. With the standard of 600g, there are respectively 14 roots, 19 roots, 28 roots, 38 roots, 48 roots, 58 roots, 68 roots, and 78 roots. Our ancestor, popular for their ginseng trade, had a practice to give 4 extras for 15 roots purchase and 8 extras for 20 roots purchase. This is why the complicated rule about ‘Ji’ had arisen.
What is Heating Phenomenon? 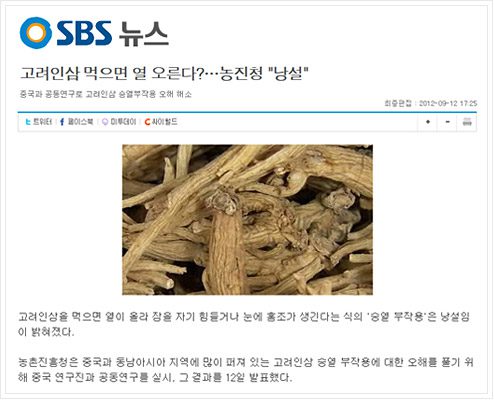 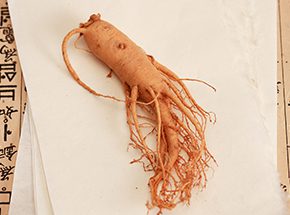 Cleaning ginseng: It is the process washing the 6-year grown ginseng with water. We use the latest ultrasonic wave machine to remove as much debris as possible.

Steaming ginseng: It is the process steaming the washed ginseng using steam.

Dehydrating: Red ginseng is finally produced after repeating the dehydration process by machine or sunlight. 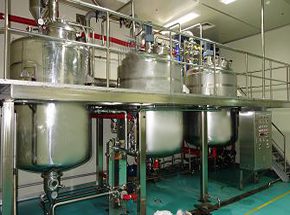 Aging: Additional aging process is performed for 1~2 days in order to have flavor and maturity or red ginseng. 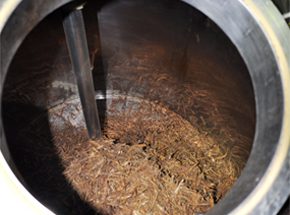 Low-temperature Extraction: The best quality red ginseng is put into the raw material tank in order to extract in low-temperature of 70~80 degrees Celsius. We catch out even tiny debris with self-developed HEPA filter. 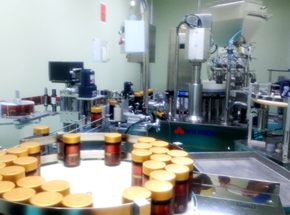 Filling/Packing: Filling and packing process is performed with the sterilized container after the completion of aging process. 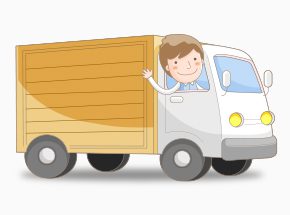 Delivery: Well-packed products are safely delivered to the shop. 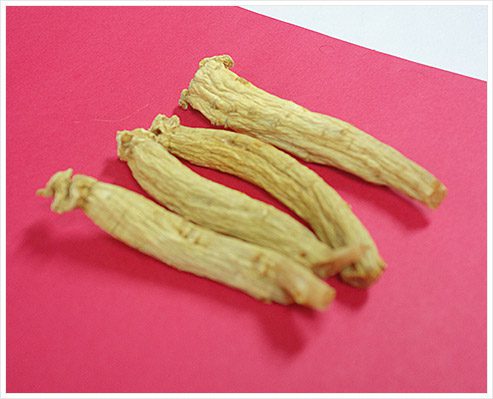 Outside is porcelain brown, 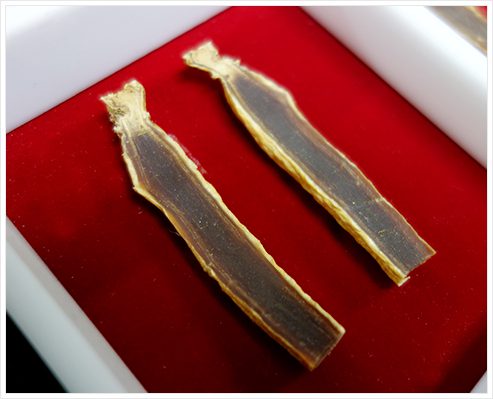 but inside has burning red color.